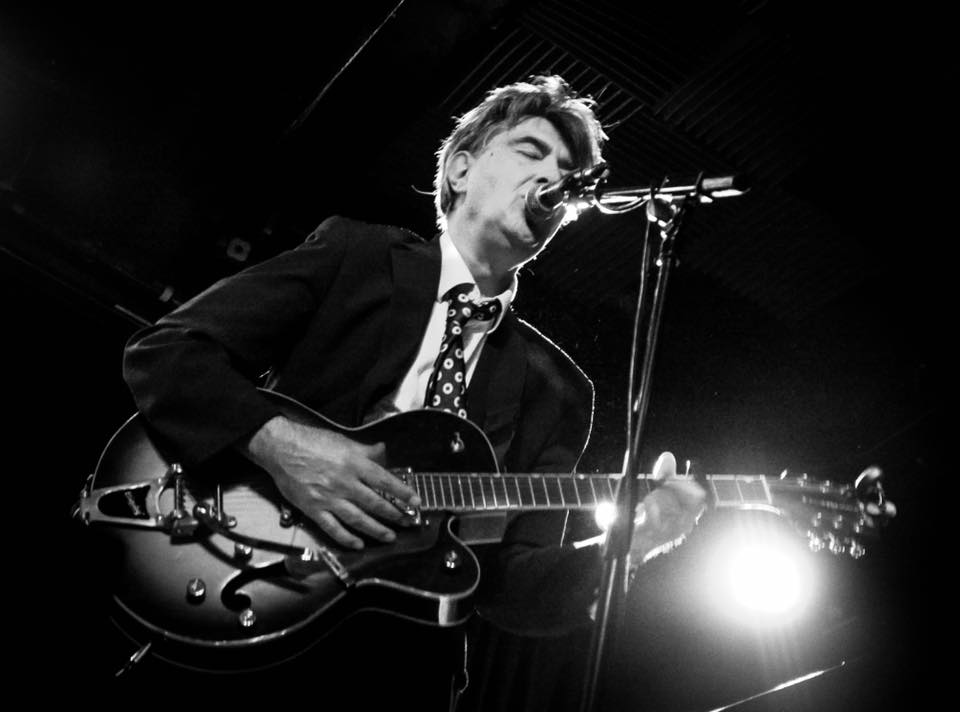 Born in West London at a time that left him just too young to be a hippie and just a little too old to be a punk, Pat Fish grew up in an era where the Bonzo Dog Band appeared on children’s television, Syd Barrett was on Top of the Pops and the Adult World was represented in shows like The Avengers and The Prisoner. Disappointment was an inevitability. Fish failed to “get” the glam rock thing (probably too much of an excitable wee football fan) and found that the seventies drove him down some fairly obscure musical paths before punk rock came along to save the day. By then, however, all those mad little songs by Eno, Syd Barrett, Kevin Ayers, Daevid Allen, John Cale, Peter Blegvad and Tony Moore were already locked up in his head.
Fish started making records under the name of the Jazz Butcher in 1983 and nobody has quite succeeded in putting a stop to this yet. He has recorded for Glass Records, Creation Records, ROIR of New York and Vinyl Japan of Tokyo. Overall he has written and released fifteen albums of original music, three live albums and innumerable singles and compilations.
In 2016 Fire Records issued the album Last of the Gentleman Adventurers, originally released as a fan-funded project in 2012. In 2017 Fire will be undertaking a major re-issue programme, making several Jazz Butcher albums available once again on vinyl, CD and digital formats.
With the Jazz Butcher, Fish has toured worldwide. As a solo artist, recent shows include Hamburg, Dortmund, New York City, Tokyo, Brussels and London, as well as his adopted home town of Northampton where he still regularly turns out with his acoustic guitar to support visiting artists.
He likes collaborations, too. Apart from his lengthy association with Northampton-based digital hooligans Wilson over the years 2001-2009, Fish has recorded and appeared on stage with David J, Spacemen 3, Bristol’s The Blue Aeroplanes, German band M Walking On The Water, French indie art rock band Chelsea Paris and acclaimed Los Angeles shoegazers, The Black Watch.
The thing about Pat Fish is that he is not tribal about music. Some people know him from his friendship with Spacemen 3, others for his fondness for Nikki Sudden and Dave Kusworth; some know him because he has worked with members of Bauhaus, others regard him as a “classic” independent songwriter in the vein of Pete Astor or Dan Treacy. Fishy just fetches his acoustic guitar and his notebook and heads for the railway station.
His current inspirations: as always, the Velvet Underground, Alex Chilton, Peter Laughner, Bob Dylan, Patti Smith, Kevin Ayers, John Martyn, Davy Graham and many, many more.
Do you like your melodies sweet and your humour as black as pitch? Would you take a chance on something simple, intimate and direct from an artist who is on record as saying “What I do is not entertainment” but who regularly induces little bursts of outraged laughter from the audience? Do you want to see the real thing? You should maybe go and see Pat Fish.