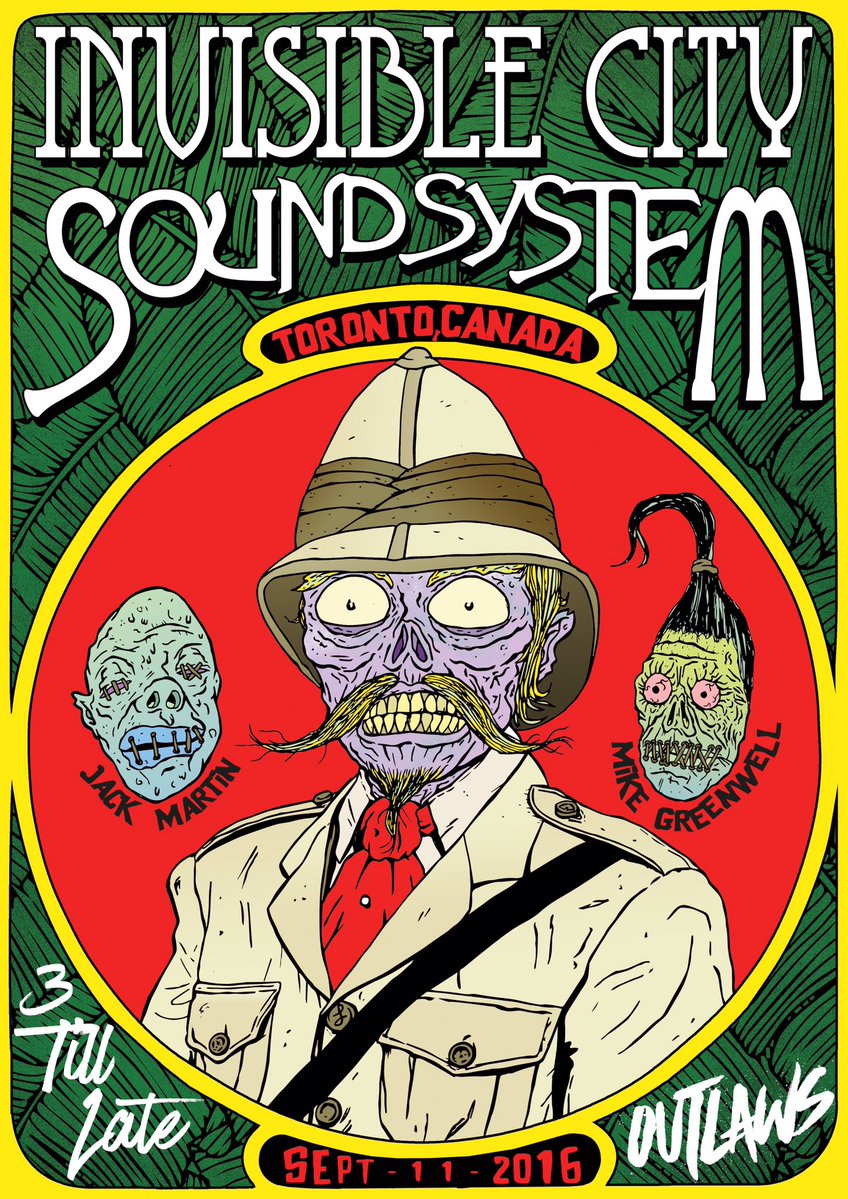 Invisible City Soundsystem have added Leeds to their summer tour and will be DJing at Outlaws for a special Sunday session.

Invisible City are Brandon Hocura & Gary Abugan and are true connoisseurs of digging and DJing. Invisible City selections traverse continent and culture, time and genre, in large part thanks to their unrivalled record trips around the world and tireless research. Criminally underexposed artists like Shadow, Eblen Macari and Ras Enoch have been championed by Invisible City for years leading to new leases of life for their visionary music. Gwo Ka from Guadeloupe, New Age sounds from Mexico, South African Kwaito and hyper-rhythms from Cameroon nestle beautifully amongst Zimbabwean house music or Japanese new wave. Face melting Modern Soul…tick, hot buttered Funk…tick. They’ve even tapped into their Canadian homeland and found a myriad of neglected styles, from Soca to Balearic Rock and more, after ruthlessly trawling warehouses and reviving dead stock copies. Their cult following share in the booty via their acclaimed shop and blog.

If they’re not leaving you aghast during their DJ sets, they’re wowing us via their label.

Nowadays we are swamped by reissues and so called rarities, but this pair raise the bar every time with their fully licensed releases for their Invisible City Editions label. In 2013, Michael Boothman’s ‘Touch’ had everyone scrambling for a copy, the sweet Island soul left dance floors stunned, only those paying major bucks had ever heard or seen this. Then came Stephen Encinas’ ‘Disco Illusion’, another grail from Trinidad and Tobago. This one sounded like a lost Loft or Garage classic, but was again just as mysterious in origin and as mythological as ‘Touch’. Everyone had to take notice. The Zambian Fleetwood Mac, WITCH, along with meditations from Astarius have also been lovingly restored on Invisible City Editions.

Outlaws continues to bring the cream of the crop and this Sunday in September will be a unique trip into the collections of two of the world’s most inspiring collectors and DJ duos. Support on the day comes from World Treasures Music’s Mike Greenwell and Jack Martin. More is planned for this special day and will be confirmed in due course.