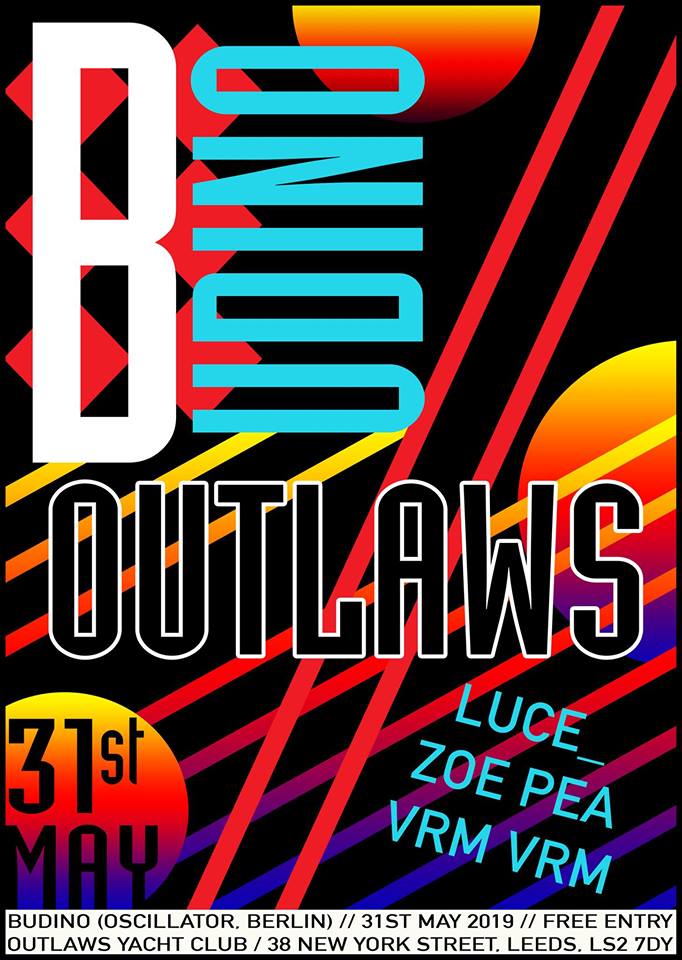 Excited to welcome Budino to Outlaws

Born in Brescia, Italy, her parents met at the famous Typhoon club where Bepe Loda was resident, Budino has carried on the connection to this Afro Funky traditions to her new home town of Berlin where she is one of the minds behind the long-running Oscillator party series and their own record label that has released a few EPs of edits of obscure Italian disco by the Italian pioneer Beppe Loda.

Budino’s wild and immersive sets have found a perfect home at clubbing institutions such as Cocktail d’Amore and Wilden Renate where she can be found jamming the sonics for hours on end.