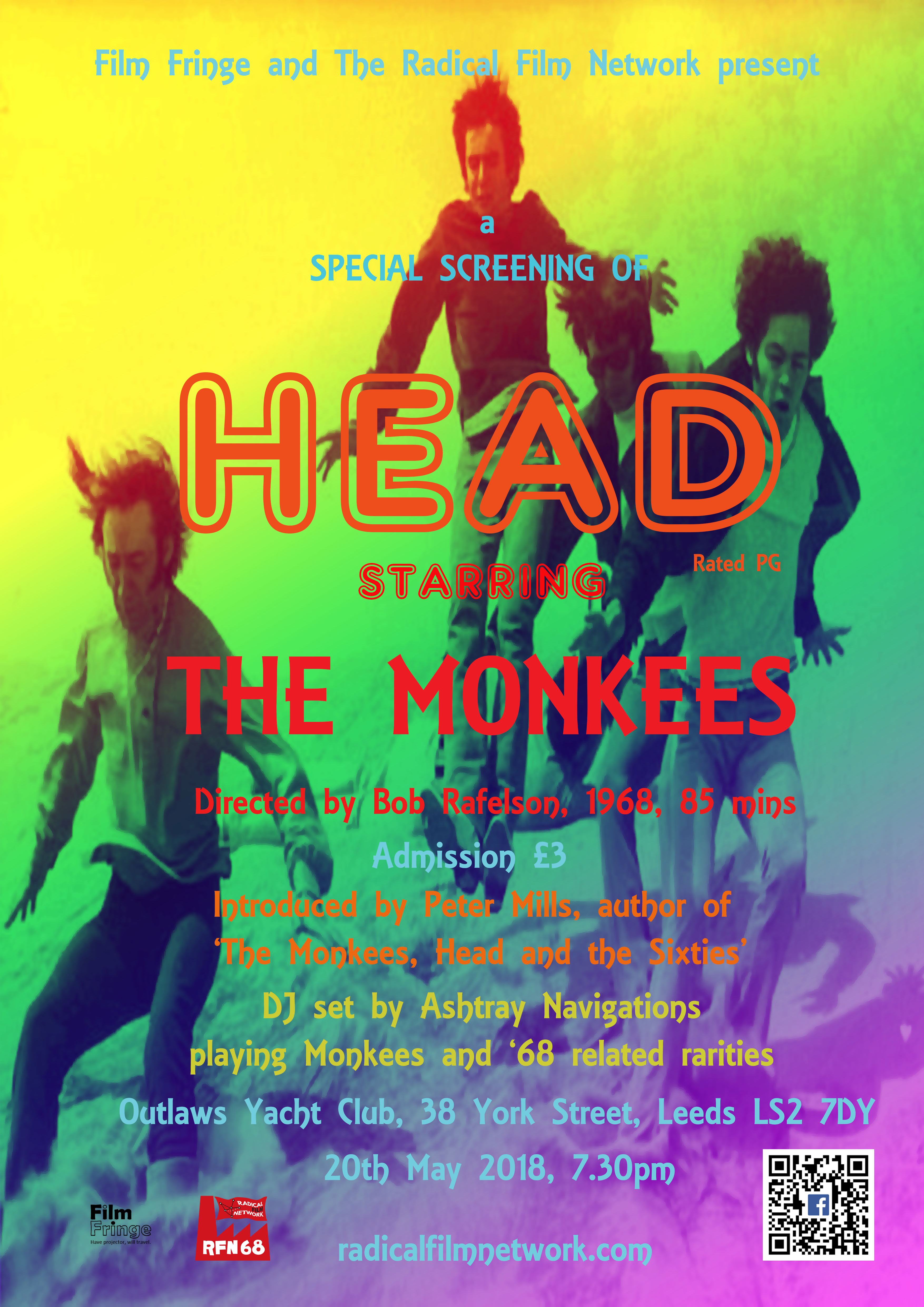 The Monkees in Head (1968) | Film screening and psychedelic DJs

“Hey hey we are the Monkees, you know we like to please, a manufactured image, with no philosophies; We hope you like our story, although there isn’t one; That is to say, there’s many, that way there is more fun…”

As part of #RFN68 – the Radical Film Network’s festival marking 50 years since 1968 – Outlaws Yacht Club and Film Fringe team up to present a rare screening of this cult classic.

Everybody’s favourite ‘Pre-Fab Four’ sensations, The Monkees, gleefully destroy their own image in an explosion of Hollywood film parodies, trippy vignettes and sacarstic barbs aimed at the Vietnam War and the American way of life.

Scripted by a pre- Easy Rider Jack Nicholson in collaboration with the band, and directed Bob Rafelson (Five Easy Pieces), and with cameos by Timothy Carey, Frank Zappa, Sonny Liston, Dennis Hopper, Victor Mature, Tony Basil and former- Mouseketeer Annette Funicello. A mind-blowing experience of endless invention, and it’s got some of their best (though lesser-known) songs in it too.

Before the film, Peter Mills, author of The Monkees, Head and the 60s will give a short introduction.

Before and after the screening, Leeds psychedelic avant-rock duo Ashtray Navigations will be DJ’ing choice musical mind-expanders from the era.