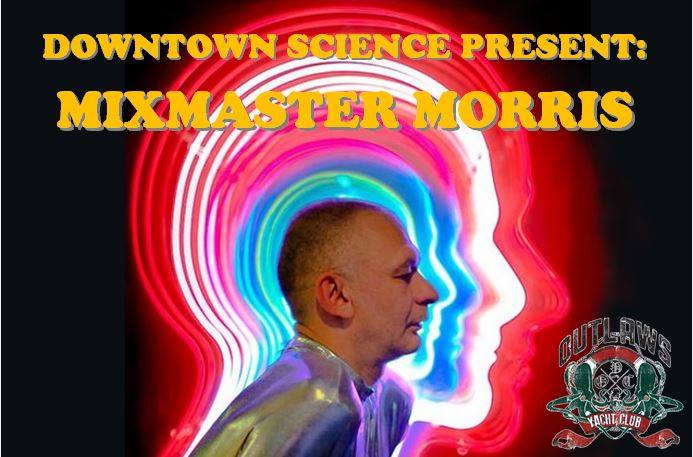 We are very proud to bring Mixmaster Morris to Outlaws Yacht Club – a legend of leftfield, ambient and chill out music. Mixmaster Morris started DJing in the early 80s, started doing remixes in 1985, worked with Coldcut and the Shamen, made the first chillout compilation, has dj’d for many years at Glastonbury, Love Parade, Big Chill, written for NME (when it wasn’t free), i-D and Mixmag, did two John Peel sessions, discovered Boards of Canada, opened for Spiritualized, met Tim Leary and McKenna, first played Japan in 1993 with 24 buddhist monks as support act, made the legendary albums Flying High and Dreamfish,, lived next door to Syd Barrett, presented The Chill Out Zone on Kiss Fm for 3 years, did a party in a Japanese onsen bath, produced the chillout classic Autumn Leaves, played at Solar Eclipses in Hungary, Zambia and Amami Oshima,made an album with Hosono from YMO and Jonah Sharp, DJ’ed with CAN at their reunion show, played in a royal palace in Thailand, released mix CDs like The Morning After and Abstract Funk Theory, was resident at legendary clubs like Lost, Megadog and Megatripolis, won Best Chillout DJ at the prestigious Ibiza DJ Awards THREE times , and started Nubient, Londons longest-running downtempo night now in its 15th year…

You can now come down and join him for a night of incredible music at the best hangout in the city – Outlaws Yacht Club – plus free entry!!!