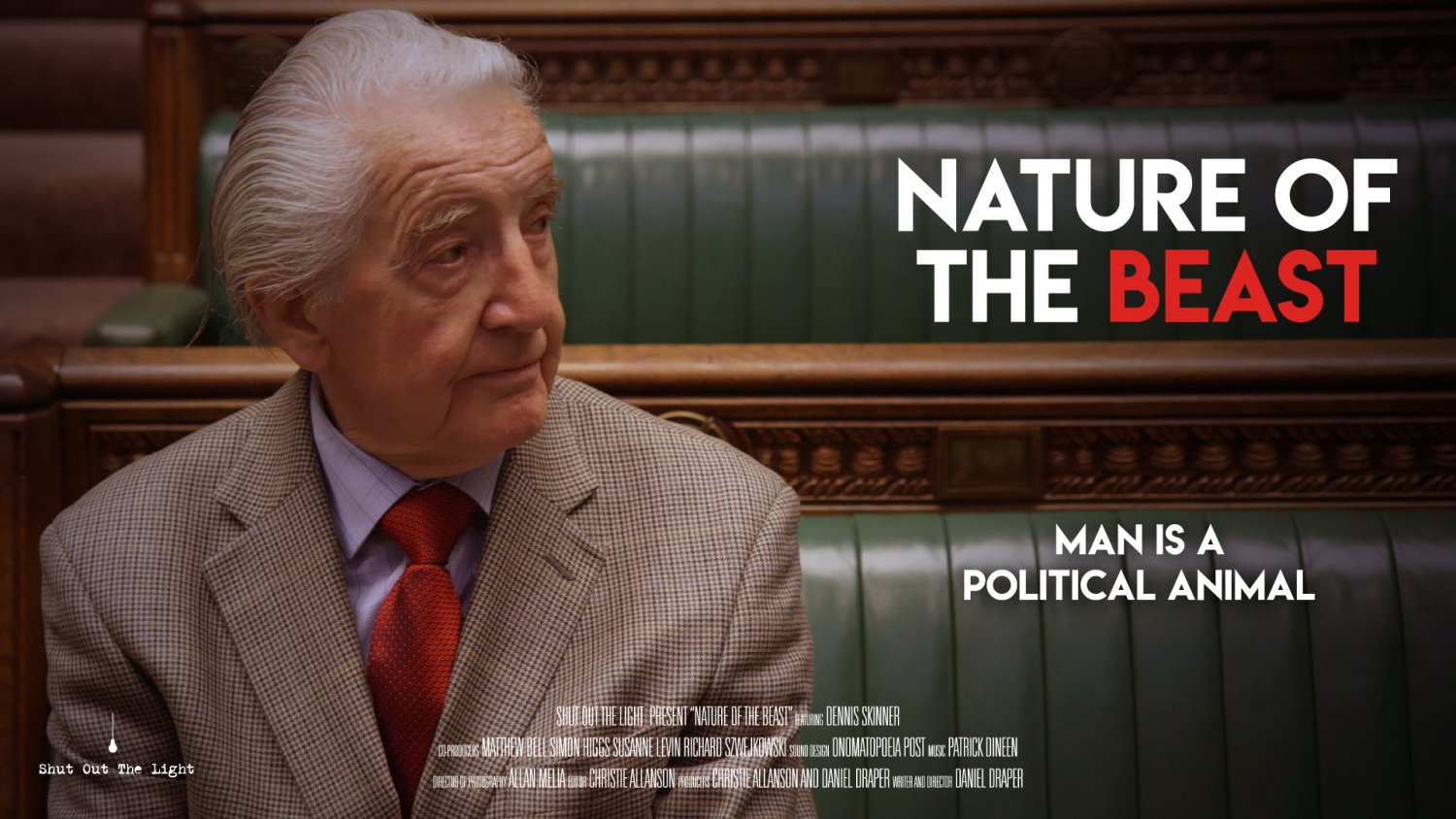 Dennis Skinner: Nature of the Beast (with film makers Q&A)

“Man is a political animal”

As part of the Scalarama Film Festival 2017 we’re screening a feature-length documentary about socialist, trade unionist and The Labour Party politician Dennis Skinner by production company Shut Out The Light.

Raised alongside nine siblings within a mining village, Dennis has fought for the rights of the working class for over 50-years. Uncompromising in his views and with a set of incorruptible principles, Dennis is respected and feared on both sides of the House of Commons. Nature of the Beast looks at what lies behind his passion and drive, and tracks his rise from a local councillor to today, where he is one of Britain’s most recognisable politicians – known as ‘The Beast of Bolsover’.

After the screening Chris Madden (ChinwagTV) will host a Q&A with the film makers to discuss the themes of the film aimed to engage the audience in a dialogue about the theories and ideas explored within the documentary.

++++
– Due to such a big interest in the screening, along with the limited capacity of our venue, to avoid peoples disappointment on the door we will be releasing FREE tickets on bank holiday Monday 28th August at 6pm for those who wish to attend the screening. Please let others know that the ticket link will be posted here and on our social media pages and to check back after 6pm on bank holiday Monday 28th.
– Any access requirements please contact us on 0113 234 6998 / outlawsyachtclub@hotmail.co.uk
++++